North Ayrshire Table Tennis Club, like all other sports clubs, has been unable to meet or participate in its sporting activities since March, due to the COVID-19 pandemic.

The majority of club members are under the age of 16 and the club, coaches, and committee work to support these youngsters as well as coaching them. Many come from some of the most deprived areas in North Ayrshire and have complex issues within their personal lives.

Ian Macpherson plays a vital role in the North Ayrshire Table Tennis Club out with his work as Community Participation and Engagement Officer at Cunninghame Housing Association.

‘The club is more than just a table tennis club. It’s a focus, a place to meet friends and build social confidence, and a place to learn respect – which has seen a real a real positive influence in the player’s lives over the years.

‘So naturally, we were concerned about the young people in the club missing out over such an extended period of time.’

North Ayrshire Table Tennis Club responded to this concern by hosting a virtual committee meeting, via Zoom, to discuss the future of the club and its eventual return. As a result of the meeting, the committee put together a programme of virtual quiz nights, including a quiz for adult members in a bid to raise funds to offer young members one month of table tennis free, once it was safe to resume all activities.

The quiz has been ongoing, on a fortnightly basis, for almost 4 months with around 25 club members, family, and friends enjoying the gathering. From entry fees and donations, the club has now raised enough funds to offer free table tennis to all young players for two months. The club hope this will enable players to return to the club even if their families are struggling financially.

The club also hosted Zoom quizzes for under 16 players. With great prizes up for grabs such as table tennis equipment and vouchers rewarded to the winning teams. This brought the club together again, and members enjoyed taking part in a bit of competitive fun! The under 16 quiz started with 9 players and now has over 20.

The club has also hosted free online coaching and support sessions with guest speakers including national coaches and top players. 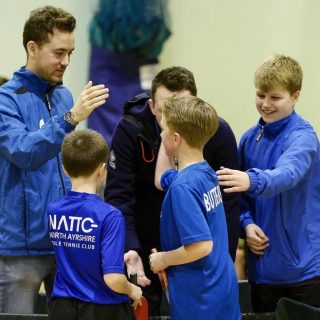 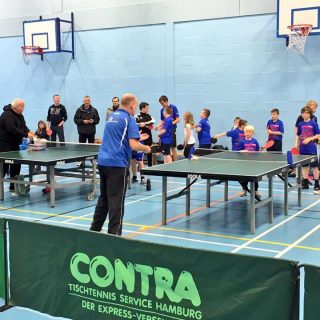 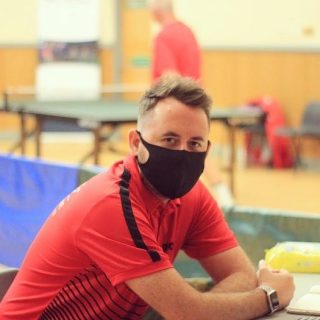